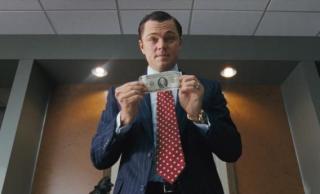 With Wall Street being as challenging as it is, “Wolf of Wall Street” serves as the one of the best movies gearing on Wall Street ever made.

That also serves for management skills. Everyone has the talent to influence their customers efficiently and professionally. There are necessities to show to people what to expect if they ever want to do anything with sales, management, or dealing anything that is in the business of money-making.

Once brokers start bringing in the big bucks, there are many risks that they start to take to become even more richer than they expect. Yes, the work place is not pretty in Wall Street. The foul language, the jealousy of other brokers, and the stress leads to negative effect. For Jordan Belfort though, he is the brokers motivational man to prove them that it is better to deal with problems by becoming rich than sitting around.

Martin Scorsese’s “Wolf Of Wall Street” is very realistic on the true story of Jordan Belfort (played by Leonardo DiCaprio). Belfort started his business Stratton Oakmont in an abandoned auto-body shop. He hires a bunch of brokers with very little experience and an assistant named Donnie Azoff (played by Jonah Hill) another inexperienced broker, however Belfort turns Donnie into his top assistant for how motivated he is to become rich.

As soon as Belfort starts bringing in hard cash, he starts to make so much money that he does not know what to do with it. As soon as he runs out of options, his money spending consists of drugs, hookers, alcoholism, expensive boats, and above all vulgarity.

The opening of a movie is Belfort throwing midgets at money targets and almost crashing a chopper since he is flying his chopper while being high on drugs. The opening basically already gives viewers an idea of what were going to expect in this three hour film. DiCaprio does some brief descriptions of his life, how rich he is, and briefly about how so many authorities are after him (will not explain why otherwise that would be giving away too much of the movie).

What stood out for me in this movie is how someone like Belfort could take so many drugs and get through the day. How could he take cocaine, quaaludes, and morphine all at once. Does he have a schedule to plan them accordingly? Did he take some kind of chemistry course that gives him an idea of how the drugs work together? Or does he just evolve with the drugs over time? “Wolf Of Wall Street” has the answer to those questions. It also knows the effects of drugs and what quantity is over-dosing and dangerous.

This is the fifth film that Scorsese has worked with DiCaprio on. After working with DiCaprio for a variety of films including “The Aviator” “Shutter Island” “The Departed” and many more, Scorsese knows how someone like DiCaprio can deliver a knockout performance in a movie.

Also for DiCaprio I have realized that he also incorporates brilliant ideas to make this film successful. The chest beating scene with Matthew McConaughey (as Mark Hanna) and DiCaprio was an idea by DiCaprio. He realized that McConaughey’s process before a movie to keep the attitude going was to do the chest beat. As soon as DiCaprio realizes this, he mentioned it to both Scorsese and McConaughey, they put in their film, and it just makes the film even more enthralling than it already is.

Overall, “Wolf Of Wall Street” is one not to be missed. It is surprisingly still in some theaters and on DVD and blue ray. I recommend if viewers have the opportunity to see it in the theaters still see it there because it is the big screen experience. Be ready for the thrill ride of raunchiness and vulgarity but make it one to remember. Four stars.