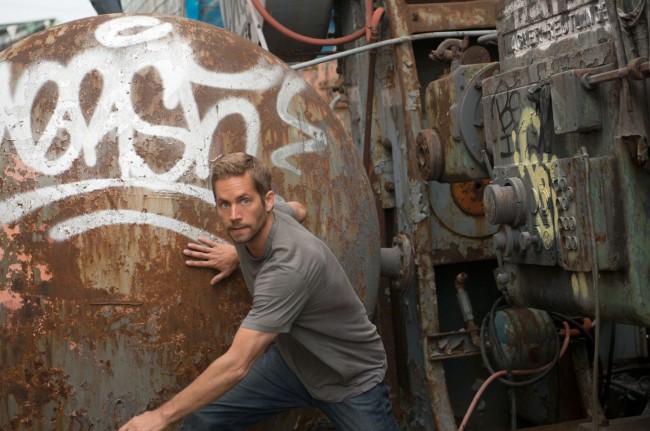 If Paul Walker lived to the sensation of “Brick Mansions” he would have definitely made his mark for another film other than “The Fast and Furious Movies.” “Brick Mansions” shows Walker as a ruthless, yet heartfelt detective. An opinionated, witty, crazy, and risk-taking fighter who can definitely take on a big group of bad guys in a less amount of time.

The film introduces Damien Collier (Walker) an undercover cop that is set to navigate through a dangerous neighborhood which is named “Brick Mansions.” the issue is the neighborhood is surrounded by a containment wall. Along side him he has the help of a powerful, flexible, and kung-fu fighting partner named Lino (played by David Belle).

Both Damien and Lino join together for revenge. Since it is believed that for Damien, his father was killed by the man who runs brick mansions. For Lino, however, it is for kidnapping his girlfriend. Both realize they have that in common and realize they are both skilled with fighting and that together they can destroy take down “Brick Mansions.”

Now here is something that is a twist to this movie. “Brick Mansions” is actually set to explode. Not just to destroy “Brick Mansions” but the entire city of Detroit around it. The film was advertised differently and set in this order. Both Damien and Lino seek revenge, do a bunch of jumps and stunts to survive, get into a few ruthless fights, and that just had me set to think that this movie was just based around revenge, having the city go down was something that I was not expecting at all.

I did enjoy this movie for a moderate amount of time. Non-stop action always keeps my attention. Only issue though is just really it went kind of fast. The film is only ninety-minutes. I figured that maybe it could be longer, but more with a sense of plot development. We can understand the plot but there is not enough background in “Brick Mansions” to make the plot believable of where all the crazy action is coming from.

“Brick Mansions” is violent, fast, and ruthless throughout. In a way I felt like I was watching “The Raid: Redemption.” Since that one was set in a district and this one was too, but honestly only two people taking on this crazy amount of criminals added to the suspense. I think just about two characters is all that is needed for a film of fighting a drug ring. Three solid stars.