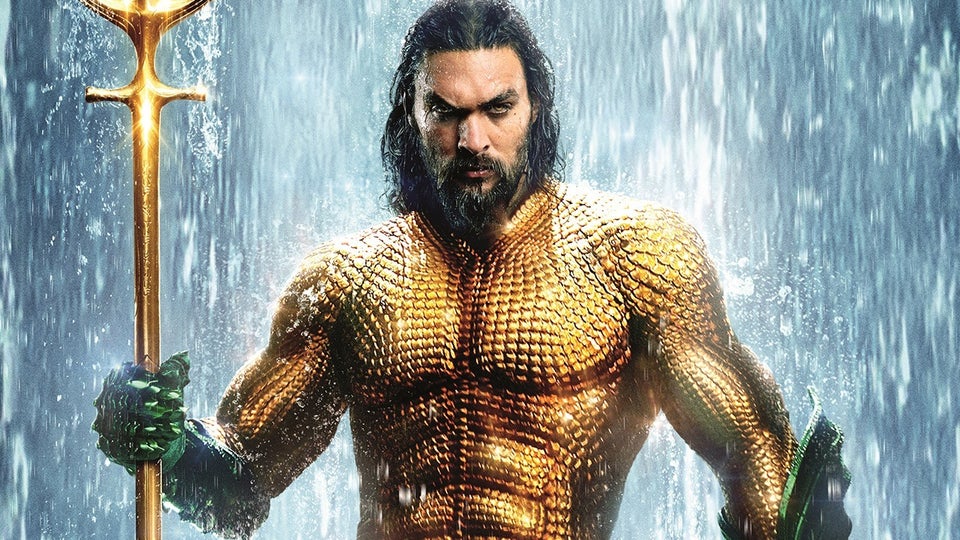 “Aquaman” is not like any of the other recent DC films. James Wan’s “Aquaman” is an fantasy and action-packed film that does not try to connect to the other DC superheroes at all. Its focus is our hero Arthur aka “Aquaman” (Jason Momoa). Wan gears the focus solely on “Aquaman.” The storyline, the cinematography, and the visual effects all do so well to make the viewers want to follow the story. I felt “Justice League” (2017) last year was somewhat stepping up its game, but nowhere close to “Aquaman.”

“Aquaman” is not a superhero movie where the plot is the good hero defeats the bad guy. The film goes in depth with how “Aquaman” came into the world, who taught him who to be who he was, and where his homeland is. However, after being out of the loop within the world, he comes back to realize he can be a hero. To do so, he realizes he is the head of the underwater kingdom of Atlantis, and that he has the chance to step up and be a hero. To do so, he travels with his side kick Mera (Amber Heard), and takes in the skills that his former teacher Vulko (Willem Dafoe) has taught him.

Wan definitely helps us understand the importance that each character plays into the movie. Especially with the hero’s mother, Atlanna (Nicole Kidman). Arthur wants to figure out why his mother has vanished, and with that there is many elements in the film that take place in different portions. More around different moments of different story lines or conflicts. Wan helps us care about the hero’s background, and creates a dramatic, yet suspenseful tone. When I saw this film in IMAX, the technology, the surround sound, and and the projection I felt brought me deeper into the emotions of “Aquaman.”

The film is visually captivating. There were multiple underwater and desert sequences, and with that suspenseful fighting was included with that element. Filming locations ranged from Australia, Canda, and Morocco. Viewers will wonder based on the scenery, how the film jumps to multiple lands. That is why “Aquaman” is deep with its story because it is focusing on our hero but also following him to different locations that serve an important purpose in the movie.

In terms of the antagonist in the film, that person is King Orm (Patrick Wilson). This is what I believe to be Wilson’s second superhero movie. He has not done one in almost a decade after playing Night Owl in “Watchmen” (2009). This was definitely a good come back for him. “Watchmen” was a superhero movie for grown-ups, and Wilson returns to do one that is for the whole family. Also, his mellow-toned dramatic acting style as being the antagonist adds to the suspense that “Aquaman” faces.

For Momoa, he has been stepping up his game quite well. He went from doing small roles to being on the hit HBO series “Game Of Thrones” (from 2011 to 2012), “Conan the Barbarian” (2011 and not one of my favorites), and playing “Aquaman” in “Batman Vs Superman” (2016), and “Justice League” (2017). However both those DC movies did not really make “Aquaman” a huge focus, but this one really does and this is Momoa’s role. He is the true “Aquaman.”

I will say, this movie has to be seen in IMAX. That is because, viewers will be immersed in an underwater thrill ride for two and a half hours of action and adventure. I saw it in 2D IMAX. Some locations have it in 3D IMAX but only at certain times, however I do not see 3D necessary, the giant IMAX screen is already the experience.