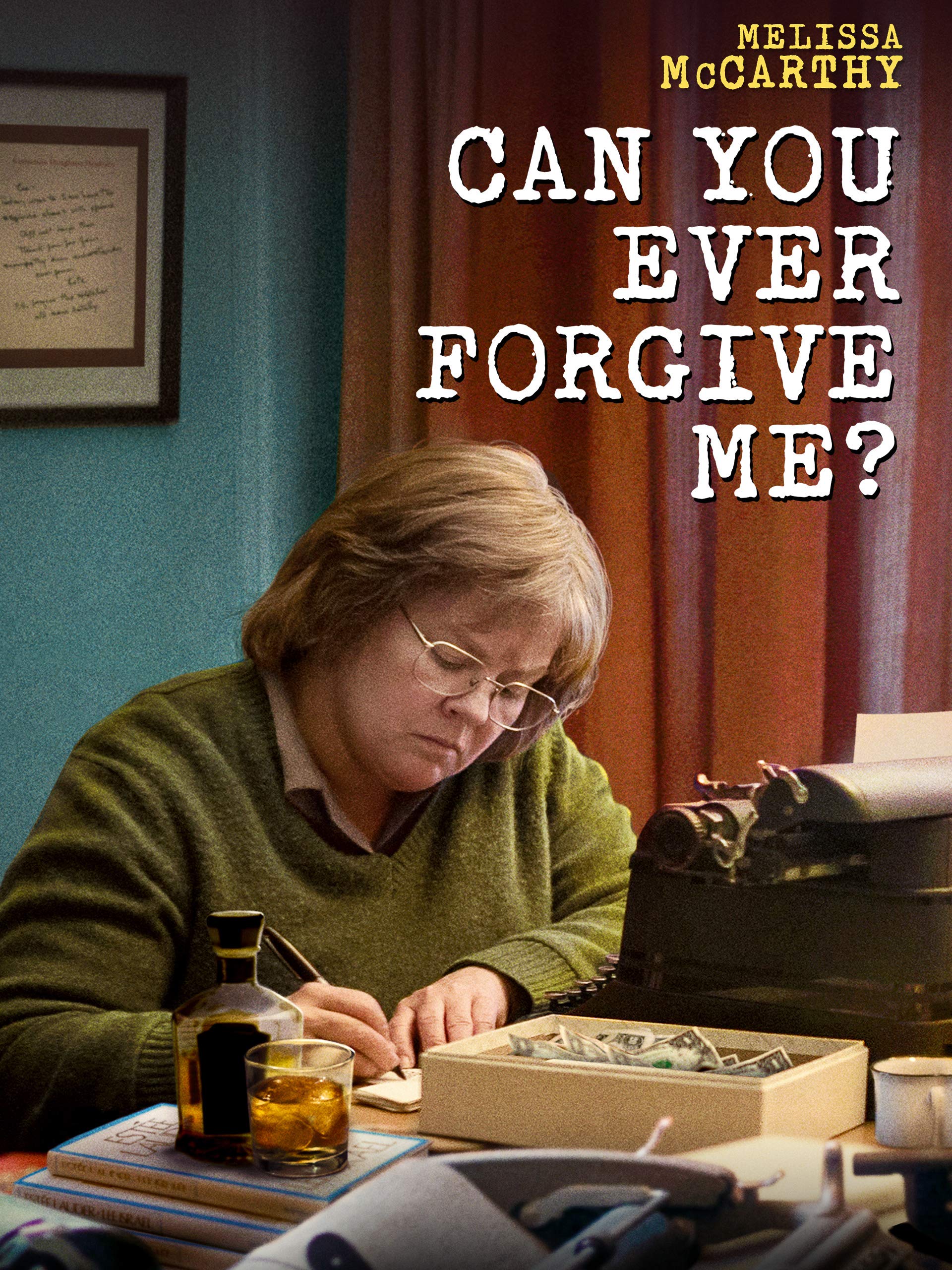 In Melissa McCarthy’s recent film, Can You Ever Forgive Me?, I thought I would not be able to take her seriously.  That is because in many of her movies, she plays someone that is silly or uses graphic dialogue for a ton of laughs. In Can You Ever Forgive Me? she is opposite from the characters she usually plays. Still flaky to a moderate extent, but also very serious, and not humorous. Even though I found Can You Ever Forgive Me? to be captivating, I understand why it did not get tons of attention in the Oscars. I felt the performance by McCarthy was the only real Oscar-worthy portion of the movie, but most of the film needed some improvements. Some of the moments seemed rush and other times tended to drag. However, this is a true story of a movie which made it noteworthy.

McCarthy is Lee Israel, a cranky, opinionated, talented, but very disliked author that publishers have no desire to work with. The film is set in the 1970’s and 1980’s, and in that timeframe, Israel struggles to get people to work with her because she is against writing about issues or events that are current. Israel does not want to improve or gear on what is current, so she turns to deception. With the help of her friend Jack Hock (played by Richard E. Grant), they begin a process of deceit by forging letters supposedly written by high-profile authors and try to sell them to bookstores and collectors. Both Israel and Hock are self-destructive, but do so with the intention of making themselves feel accomplished.

Both the acting by McCarthy and Grant are top-notch, but I felt that the film focused more on their friendship than the seriousness of the forgeries they were committing. There are a couple moments in the film where they forge letters and their schemes do become funny, but it seemed as though the funny portions of the movie were trying slightly too hard. I mean, I understand that in real life Israel and Hock were close, but the movie spent time on certain moments that did not add up to me. On the other hand, I remember that Israel loved her cat, and the film did a good job of having the cat play an important part in the movie as Israel’s friend. The film does an effective job proving that Israel was not popular because the director, Marielle Heller, shows Israel’s limited social life. Viewers will realize this as McCarthy’s character says, “I’m a 51-year-old who likes cats better than people.” McCarthy’s performance and snotty dialogue proves its point that Israel was someone that was very set in her own ways, and she did not care how her con- artist activities would impact her.

Given this film is an adaptation, I felt it was not that faithful to its portrayal of Israel. Before going to the movie, I was reading about her and wish that the film would have discussed her schooling or her life when she was younger.  It would have been interesting to learn more about Israel’s parents, Jack and Sylvie, and brother, Edward. I feel the film was basically like a painting to just show how negative Israel was and it did incorporate her good qualities that much.

The film’s cinematography had a tone for the film to be a dark topic. Every moment, scene, or location is just faded dark where there is no positivity to go around in Can You Ever Forgive Me? That approach, I believe, is another key element that led to this being an award-winning movie. Overall, it is not a heartfelt movie, but the technical elements behind the film, enthrall its viewers to feel more dramatic as the film gets deeper into conflict scenarios. The scenarios are mostly set during moments where negative conversation are occurring, and the lighting appears to look almost like a crime interrogation in a dark room.

Can You Ever Forgive Me? has some memorable moments, but also has ones that are easy to forget. That is why I had a hard time to trying to figure out why the movie had some Oscar nominations this year. When I think of this movie, I think the filming seemed rushed so it could get into festivals and compete for awards. Overall, I am not saying it is a bad movie, but just not as well done as it could have been. I am going to stick to a two-star rating review for this movie.