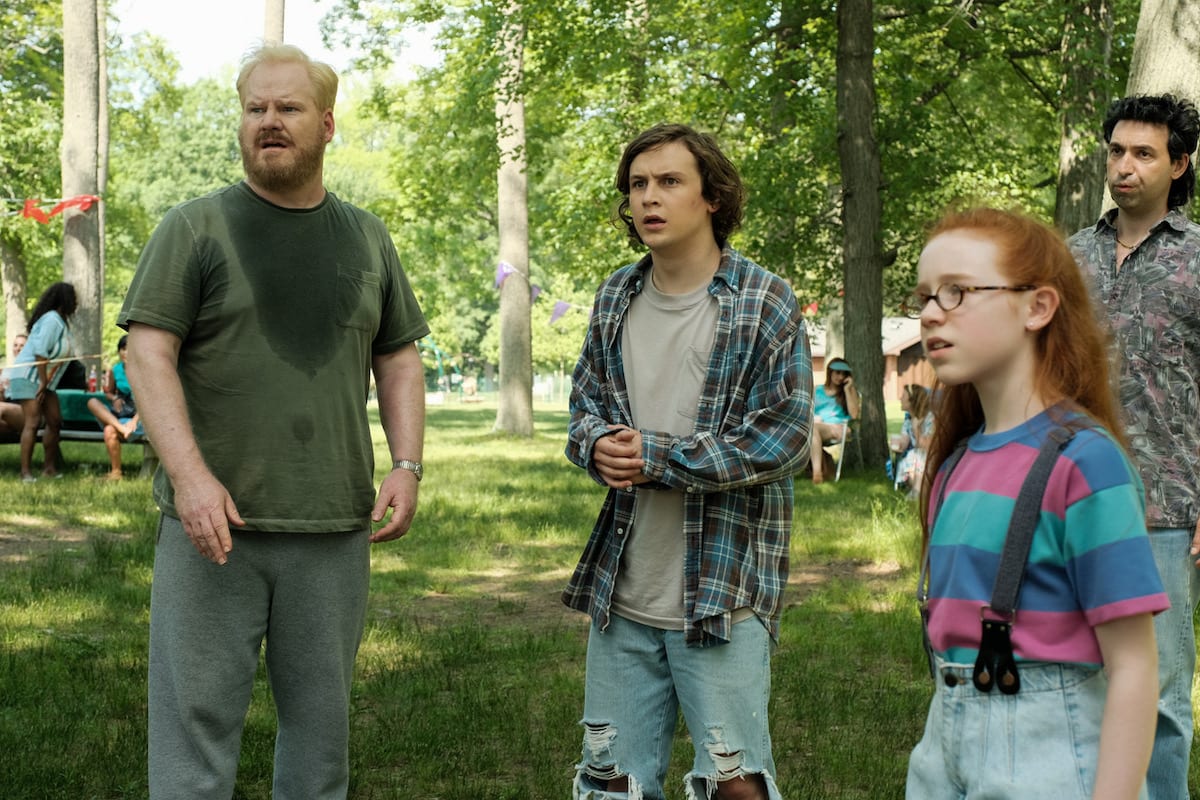 Jim Gaffigan is not only one of the best comics around today, but he is also one of the best independent movie actors. Being Frank is an entertaining movie to watch. However, for Gaffigan it is a challenge to see him play the charming, yet dishonest father. Being Frank fits him because his character still talks how he does in real-life. With Gaffigan’s dialogue he uses connections and quirky observations.  Being Frank features those elements throughout the movie, and that is why it is fun to watch.

The plot gears on a boy named Philip (played by Logan Miller) who is a kid who feels he cannot live up to his father’s educational expectations.  His father is Frank (Gaffigan). Frank sets tons of rules for Philip and at times Philip is slightly rebellious, but not anywhere close to a terrible troublemaker. He is just someone who wants to feel supported in his educational choices and be trusted to go to school in another state which his father is against. While Philip is annoyed, he finds some comfort when his father supposedly goes to Japan for a week a month or so. However, Philip’s world is turned upside down when he comes to realize that his father is not in Japan at all but is instead visiting his other family. Frank says he goes to Japan to be able to cover his tracks. Once he learns the truth, Philip invites himself into the life of his father’s second family where he notices some disconnects and multiple exceptions in terms of money and privileges. That is because his father does not want Philip to rat him out to his mother. The film then turns into a cat and mouse game between father and son.

The portions of Being Frank that are most enthralling are when Philip realizes what his dad does with his whole other family. He takes his other set of kids fishing, has certain traditions, and has spent more money on them than him. This leaves Philip feeling left out because he feels that his dad has made his second family a much bigger priority. Throughout Being Frank many emotions emerge around what is fair and unfair in Philip’s life and the life of his dad’s second family. These conflicts create a rollercoaster ride of mixed feelings, but some have positive outcomes.

I did enjoy Being Frank. The plot is structured, and the film is not offensive. It has some moments of uncomfortable scenarios, but the conflicts support the storyline. Gaffigan is top-notch in this movie. Also, hearing Gaffigan talk throughout the movie was what made it quite captivating as his voice is what makes the movie entertaining. Three stars.

One thought on “Being Frank Review”