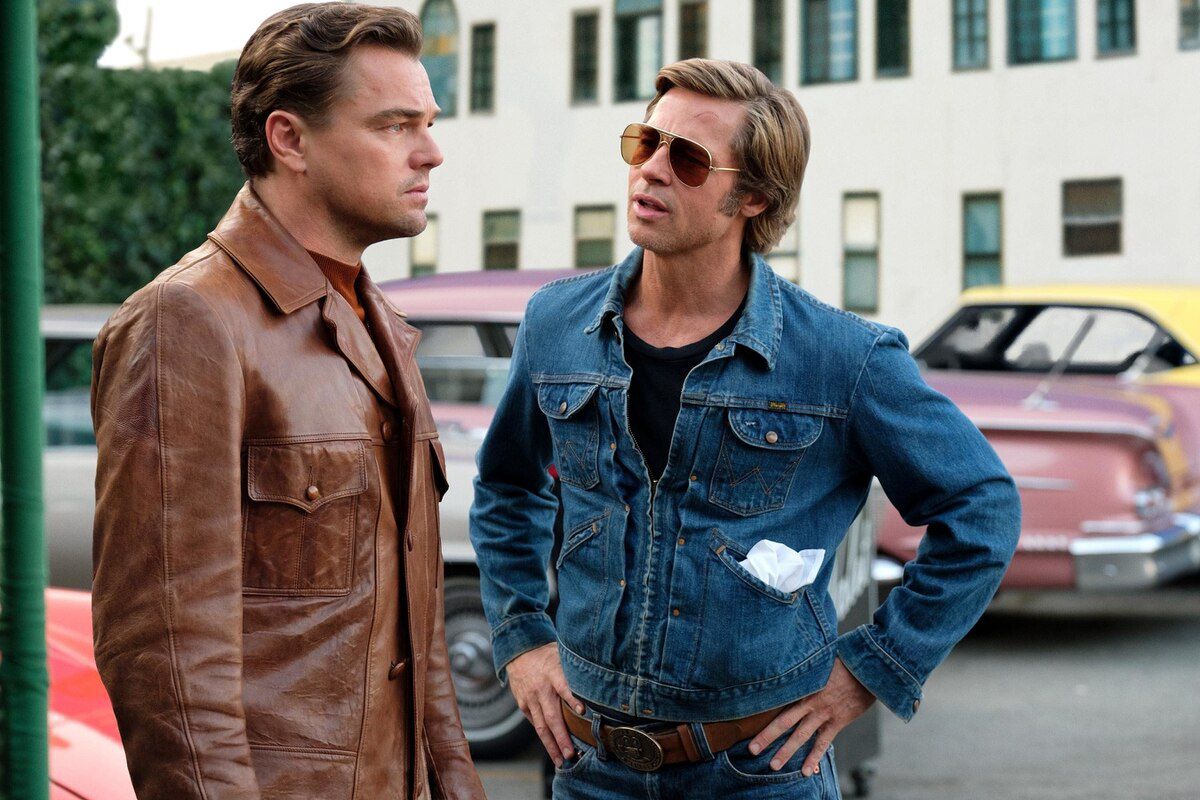 Now this is one of films that makes the top of my list for 2019. Once Upon a Time…in Hollywood is the flick by Quentin Tarantino that fans have been waiting for. It is vivid, intriguing, deliberate, and lethally funny. The film is Pulp Fiction (1994) meets the 1960’s era of Hollywood, but it focuses on two men in the movie industry, not two mobsters. Leonardo DiCaprio, Brad Pitt, Margot Robbie, and many other actors deliver knockout performances. This film does have moments that will leave viewers breathless and dying in laughter. I laughed so hard throughout Once Upon a Time…in Hollywood that my chest hurt.

Once Upon a Time…in Hollywood is about a fictional actor named Rick Dalton (DiCaprio) and his stunt double Cliff Booth (Pitt). Rick is an actor that has life easy, but feels he is not getting the roles that fit him best. Cliff is on the same page as Rick as they try to find their way to fame in the Golden Age of Hollywood in 1969. The big actress that is the focus of the movie is Sharon Tate (Robbie). Given this film is set in that era, the film crosses between real-life events of that time, various celebrities rising to fame, and even connections to Tarantino’s other films.

This is one of Tarantino’s least violent films, but it is still a clever, visual masterpiece. The way that real-life events are brought into the world of the fictional characters, Rick Dalton and Cliff Booth, make Once Upon a Time…in Hollywood a thrill-ride full of tension which includes weird yet inviting scenarios, and some outcomes that are brilliant and creative. The real-life events the film links to involve the Manson family, the Playboy Mansion, and struggling film studios. The specifics as to how these elements connect in Once Upon a Time…in Hollywood are something that viewers need to see in order to figure out why they play an important role in the era that Tarantino has chosen to have the film set in.

In terms of DiCaprio, I have never seen him in a role that I dislike, although there have been a few where the plots seem dry although his performances are always stellar. He is known to play crazy tycoons or characters who have emotional issues. In Once Upon a Time…in Hollywood, he is a man that continues to party and drink like an emperor as he did in The Wolf of Wall Street (2013). He also portrays moments of grief and heavy stress. However, instead of worsening his depression (like he does in his other films), he turns it into catastrophe and madness. That is why I have lots of respect for DiCaprio, because he always chooses to take roles that he knows that are right for him. This is the reasons that many of his films have had such positive recognition and why he has been nominated for Oscars (winning once for best actor in 2015). DiCaprio may have been out of the spotlight since The Revenant (2015), but he has returned under Tarantino’s expert direction to the streets of 1960s Hollywood.

Pitt does what he does best in Once Upon a Time…in Hollywood. He keeps his laid-back attitude and plays the opposite type of character that viewers expect. He is nice and positive, but at unexpected moments he gets vicious and quite brutal with violence. His performance is a bit like his character in Tarantino’s Inglourious Basterds (2009) which is someone with a funny, dark sense of humor and some disturbing tactics. Pitt and DiCaprio keep viewers curious and interested throughout the duration of the film.

The other characters do well in the movie also. Kurt Russell is Randy, and he is someone that works in the film industry in the movie. Damon Herriman is Charles Manson, Al Pacino is Marvin Schwarz, Damien Lewis is Steve McQueen, and Timothy Olyphant is James Stacy. While all of them are in the movie for just a brief time, they still fit with the setting and play an important part in Once Upon a Time…in Hollywood. Their performances are all stellar!

For Tarantino, this film only has a couple of scenes of brutality, but not consistently like his other movies. The film is a lot more enticing with its dialogue, the conflicts with the characters, the historic events tied into the film, and its scenery. And it is still brilliant! These three major elements make this movie engrossing from beginning to end.  And because it is so interesting, the film does not feel like close to three hours..it goes fast.

Now this movie is playing everywhere, but the format that it is truly meant to be seen in is 70 MM projection. I saw this in 70 MM at the Music Box Theatre in downtown Chicago, and in the Chicago land area, Music Box is the only theatre that has it in this format. The 70 MM projection made me feel like I was in the time period of 1960’s Hollywood. That is because the color and graphics with the projection made the experience feel so real. The scenery all just looks like its naturally shot and not faded. My advice is to make it down to Music Box to see this in 70 MM as it will not be there long. If you can’t make it, it is still definitely worth seeing in regular digital format.

One thought on “Once upon a Time…in Hollywood Review”