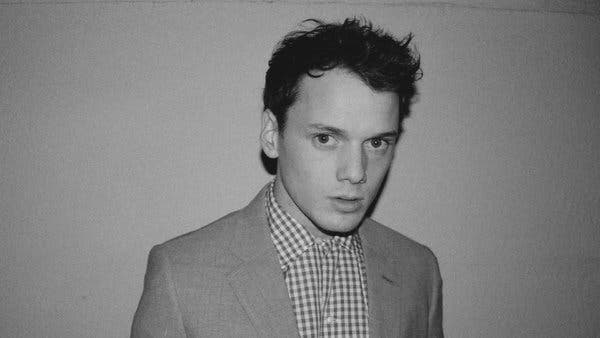 “I prefer when movies target my heart instead of my mind.” Anton Yelchin’s films did indeed challenge his heart as demonstrated in many of his movies. Love, Antosha is one of the most thought-provoking, yet emotional documentaries I have seen. I found myself to be deep in thought and mesmerized, not just with the film itself, but with the backstory that led Yelchin to be the quiet and gifted actor he truly was. He was someone that took on all different kinds of roles, but managed to fit them all well, despite being the introverted and mellow child actor people viewed him to be.

Love, Antosha is directed by Garret Price and is a portrait of Yelchin’s life. The film is done in an interesting form. It begins chronologically with old footage of him at a young age showing his creative side and impersonating movies and people that he loved. Then from there, it slowly builds to how his career progressed as he got older. That is where there are interviews with directors, producers, his good friends, and actors he worked with. Love, Antosha’s filmmaking and interviews effectively show why Yelchin was a positive role model because of all he had to offer the world. And, it was not just about his acting, but also his nice and caring sense of humor, his concern for his craft and the creativity which helped him develop the talent that he already had at a young age.

I found the movie’s intention was to be as deep with Yelchin as possible. That is a major reason that Love, Antosha was so vivid and well-written throughout its two-hour time length. When the movie explores his childhood and the fact that his parents did not speak a word of English, that shows why Yelchin was determined to be a star. Both of his parents were figure skaters. They had fame and talent in another country, but then suddenly moved to Los Angeles while Yelchin was an infant. When the movie featured his younger days, I found myself thinking that it is no wonder why Yelchin was so well-liked. He was a deeply genuine and charming person from the very beginning of his childhood. Love, Antosha shows the inspiration, generosity, and kindness that Yelchin already had to offer before he grew into a celebrity in Hollywood.

What I truly loved about Love, Antosha was how many actors pointed out that he always had an entertaining element. He cared about others on set and creating a positive environment, but most importantly, he wanted to be a role model for other people.  I remember the movie that made me first look up to Yelchin. It is because of Charlie Bartlett (2007). I walked into Charlie Bartlett not expecting much from the film, given I was fourteen years old and it was an indie film and my horizons were not so much yet into those types of movies. When I saw Charlie Bartlett though, the character and Yelchin became my idol. That is because he plays a kid that is not popular and socially awkward, but people start looking up to him as the right person to talk to about their problems and he makes it his goal to be their inspiration for positivity. I was socially awkward at times, but I came out of my shell.  When I think back, I remember it was partially due to Yelchin’s Charlie Bartlett that I decided to become a better and more creative person in my life. Love, Antosha covers many of those memorable aspects about Yelchin and his unique qualities are elaborated on in various segments including interview with his parents, Simon Pegg, Chris Pine, John Cho, and others.

The portions of Love, Antosha where I found myself in tears were when they mentioned the small elements in life he had struggled with. Also, the moments regarding his accidental death were a challenge to watch.  It is especially difficult because Yelchin was this young and gifted actor who had so much going for him.   His death happened suddenly and now he is gone. I am sad because if he was still alive, he would have many more films and creativity to offer to the world. Love, Antosha is a masterpiece that is done right, and viewers cannot miss a film that is so touching and heartfelt.

One thought on “Love, Antosha Review”