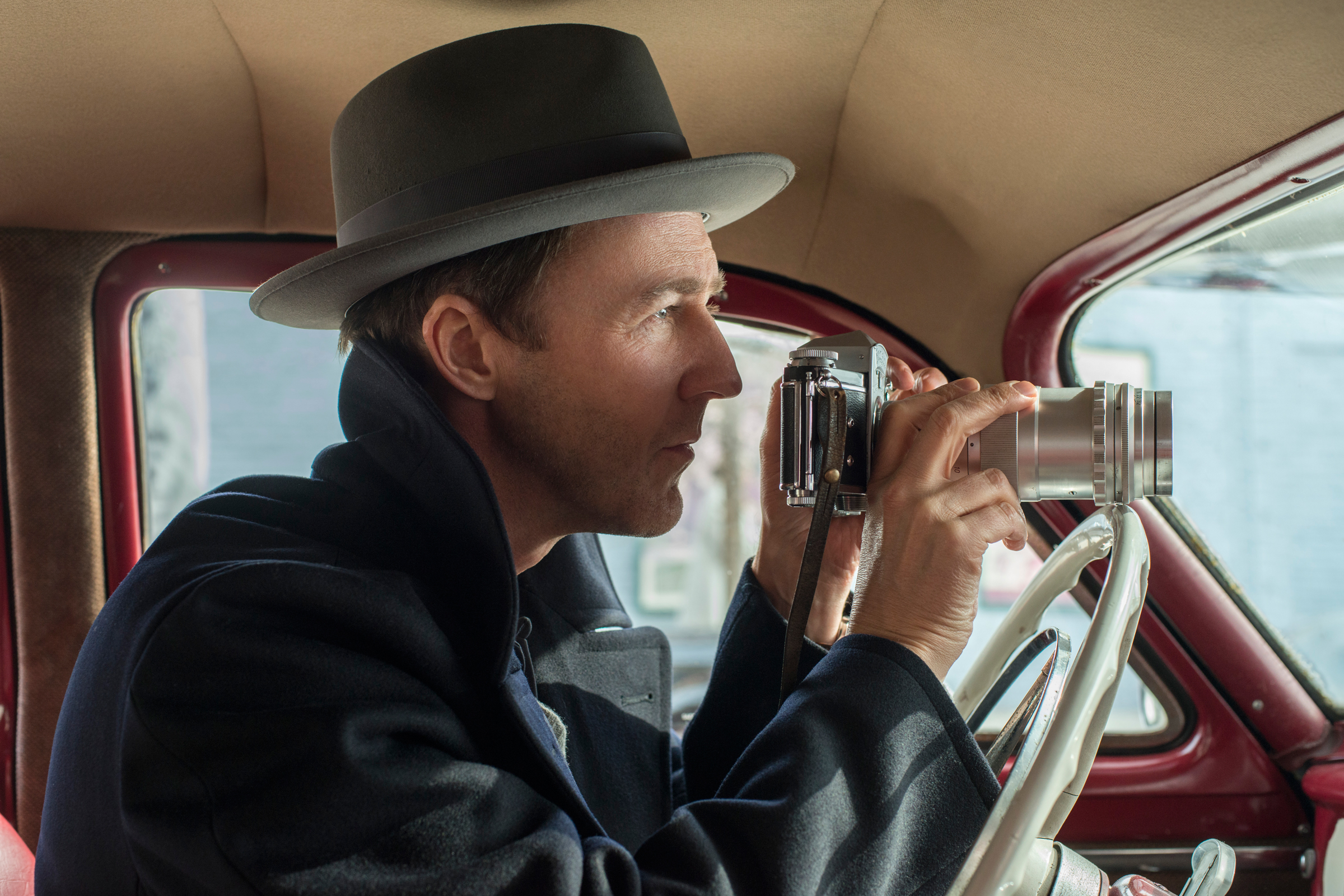 Edward Norton is an actor that is one of a kind due to an unusual reputation for how he believes his art of acting should be. In many of the films he has starred in but not directed, he has some disagreement, conflict, or different belief regarding his approach to movies. With Motherless Brooklyn, he is the lead and the director. If audience members know Norton and his background well, they will be able to tell he is the director of Motherless Brooklyn. That is, in part, because the film has a captivating plot. However, perhaps Norton is trying too hard which led to moments that do not make sense in a movie that is a crime drama. Overall, I enjoyed this movie although it often dragged on.   Still, it is worthy of a viewing with patience.

Motherless Brooklyn is about a private detective, Lionel Essrog (Norton), in New York in the 1950s who suffers from Tourette’s Syndrome. He is a talented, introverted detective who  experiments with drugs to try to help calm his mood along with his disorder. One day, his mentor and one of his only friends, Frank Mina (played by Bruce Willis) is murdered. This puts Lionel on an OCD journey to try to solve Frank’s murder. Lionel starts to come out of his shell in a serious way to try to figure out who Frank had in his life and what might have caused the murder. There is a wealthy business man, Moses Randolph (played by Alec Baldwin), Lionel’s colleagues Tony Vermonte and Gilbert Coney (Bobby Cannavale and Ethan Suplee), and many other faces that may have something to do with Frank’s murder. The struggle with Lionel’s disorder during his investigation is that he can burst out with words that should be kept quiet or words that may raise questions.

The film is attention-grabbing with suspense and solutions that are found, but the ten to twenty-minute conversations in the movie do not make Motherless Brooklyn more enticing. That is because there are elements in those conversations that have nothing to do with the murder of Frank which is an example of Norton trying too hard. Now I know Norton wants his movie to have a purpose, however, it would be best if those long discussions were relevant to what the outcomes to the movie’s conflicts were. I believe Norton is a brilliant actor, but as a director, he still needs some improvement. Admittedly, he did a good job with the scenery and demonstrating how solving murder cases was a much bigger challenge during that time period. However, he just added way too much dialogue in most of the movie.

Overall, Motherless Brooklyn, deserves two and a half stars as it is worthy for its acting. However, it might be boring if people go in without doing research. It is a crime movie that lacks connection to what the central conflict is. Brilliant actors and beautiful scenery, but poor dialogue. Honestly, I am surprised this was the opening for The Chicago International Film Festival.  While I am glad I saw it, I just feel it could have been much better if Norton took more time to work on it.