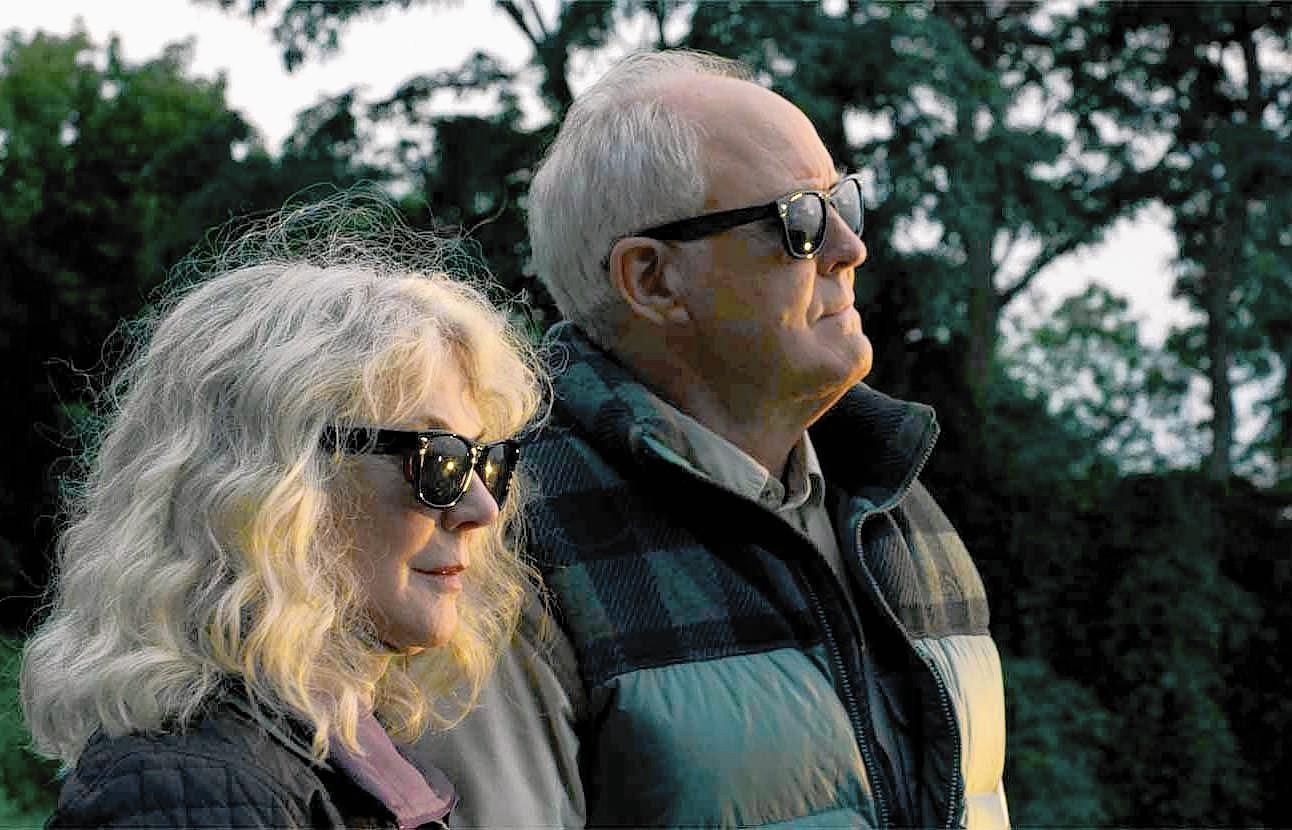 I am fond of movies that gear on the world coming to an end, especially when the goal of the film is to be heartfelt, witty, and silly. The Tomorrow Man is that movie with those exact three qualities. The film has an odd premise, a boring environment, and focuses on a man who is not on board with the advanced technologies that people are using today. The film’s focus is on Ed, played by well-known actor, John Lithgow. Lithgow is mellow, funny, and laid-back as he usually is in his films or shows. The Tomorrow Man is not very memorable, but it is a charming flick about a man in fear of the world ending one day while he is still alive.

During the movie, Ed spends his days gathering food and supplies for a disaster that may never happen. He is in solitude almost all the time, but that changes when he meets Ronnie (played by Blythe Danner). Ronnie works in a store and is not sure what she wants in life. Ed makes a connection with Ronnie, and they start to become close friends and invite each other into their lives. They watch movies, go on small dates, and share their lonely lives together. However, Ed is still holding onto his belief that a disaster may occur and that he needs to be ready for that. Ed also has some estrangement issues with his son Brian (played by Derek Cecil). Ed and Brian have had many problems over the years. Most stem from Ed’s OCD behaviors related to his belief that the world is coming to an end and how Ed believes to an extent that the way the world operates is wrong. Both father and son have very different opinions about why they feel they are right. Ed does not give up on his family, even though he is obsessed with the world ending. He wants to make things right with both Brian and Ronnie. In The Tomorrow Man, the world ending is not the primary focus, but actually is on connecting again. It is centered around what sitting in solitude can do to an individual (especially one that lives in a small town).  Throughout the movie (even though it does tend to drag), Ed begins to slowly rebuild his social life. He does so by visiting stores and making friends with people in public in addition to building his relationships with Brian and Ronnie.

For Lithgow, it is always enjoyable to see him as someone who displays a positive message and is rarely angry. In the Tomorrow Man he has some mixed emotions but still wants to show that he has confidence with his own self and those he cares about. Even though it may seem people in his family resent him for his beliefs, he does not act rebellious or mean about that. In those moments, he is heartfelt and genuine. Lithgow plays a man that wants to live his life, but not let it impact others. Danner’s character is the same way, but she is more social than Ed is. That is because she interacts with people in a store most of the time. Lithgow’s character only goes out when he needs to get something done, or if he wants to. Lots of his time is spent in his home being introverted.

For Noble Jones, this is the second movie that he has directed. His first one was 10 Days Out: Blues from the Backroads (a documentary that focuses on music). After directing his first documentary, he was a second unit director for David Fincher’s The Social Network (2010). Jones has a bright future ahead of him. Now I would not define The Tomorrow Man as brilliant, but it is a dark comedy that is thought-provoking.  It depicts what it is like for people who withdraw from society due to obsessions or fear.  During The Tomorrow Man I laughed at many moments, yet there were other moments that I almost wanted to cry.  This was due to the outstanding performances by Lithgow and Danner.  Through their roles, they send messages about how to appreciate life and not envy others, but instead to be be thankful for the positive  aspects of our own lives.

The Tomorrow Man is good for those who are looking for something that will bring some happiness to their day. It is a ninety-minute ride of despair turning into something wonderful. People are let down and eventually come to their senses for forgiveness. People are opinionated and come to realize that their opinions have impacted the ones they love.  And, Lithgow and Danner find a real and meaningful connection. The Tomorrow Man has a door waiting to be opened for its viewers that is remarkable. Therefore, I give it three stars.

One thought on “The Tomorrow Man Review”