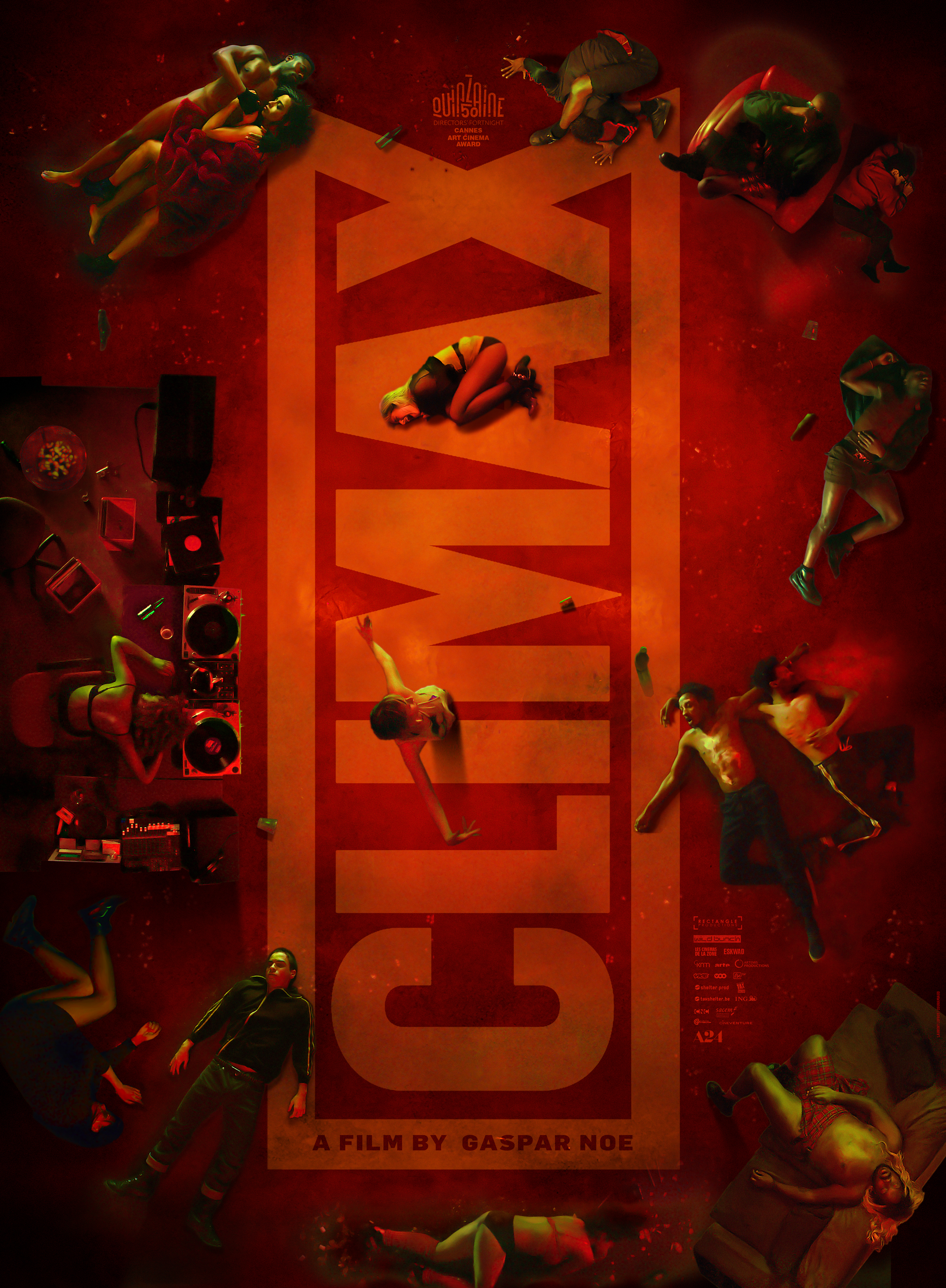 I saw Gaspar Noe’s Climax back in March with some level of excitement. However, after I saw the film itself, I had a hard time determining whether Climax is good, bad, or just a disturbing headache. Climax is a dark movie where viewers will feel dizzy or nauseous if they are prone to vertigo or cannot handle flashing lights. Climax is inviting, yet disconcerting on many levels. The film is a dance party that goes awry and there are multiple violent scenarios that breakout. The film takes place in France and the whole film is with French subtitles.  As a director, Noe has a twisted and clever mind, but Climax was a bit over the top. Not because of its scenarios, but because of how the technical elements purposefully give viewers a haunting experience by utilizing odd camera angles that cause dizziness.

Climax focuses on a dance team dancing in a night club for a weekend to get ready for a dance competition. The film opens with a long interview sequence with many of the stars, and a long dance sequence that looks to be quite complicated so that viewers can tell the dancers are professional. Once the practice is over, the dancers decide to retreat to an after-party. There are all kinds of snacks and beverages, but drinking the beverages is where the troubles start to emerge. As soon as the dancers begin drinking sangria, they can feel the side effects of drugs and soon they realize that someone spiked the sangria with LSD. With that, everyone starts to hallucinate, point fingers, get into all kinds of fights, and exhibit very poor judgment. It quickly escalates into an irreparable disaster.

The reason why Climax is a challenge to watch is because the shots rarely transition. The camera pans on many of the characters when they are hallucinating. The camera is set to make viewers feel odd because it is bouncing back and forth.  On top of that, the lighting is dark. Also, there are many moments where insane things go wrong, like a person getting injured, killed, or accidentally doing something they did not intend to do.  Again, this is all being caused by the LSD.  Now, I did find the film to be thought-provoking, but I admit I was also disturbed. It got to the point where I asked myself how much longer I am going to have to endure this shaky camera.  While I have seen many films where the camera is jittery, Climax really makes the viewers feel they are in the movie with the realism created by the of the technical effects.   It is like Cloverfield (2008) meets Requiem for a Dream (2000) in a bad way.

There is no question that Climax is brilliant with the audacity of its creativity, visual elements, and choreography.  However, the conflict of the movie is not a very fun experience and in truth is quite negative.  Noe is talented, but this film was just over the top for me. I didn’t absolutely dislike it, but I was a bit annoyed with it. While I may decide to watch it again someday, it will be awhile since I’m still feeling dizzy and disturbed. Therefore, I can only give Climax two and a half stars.