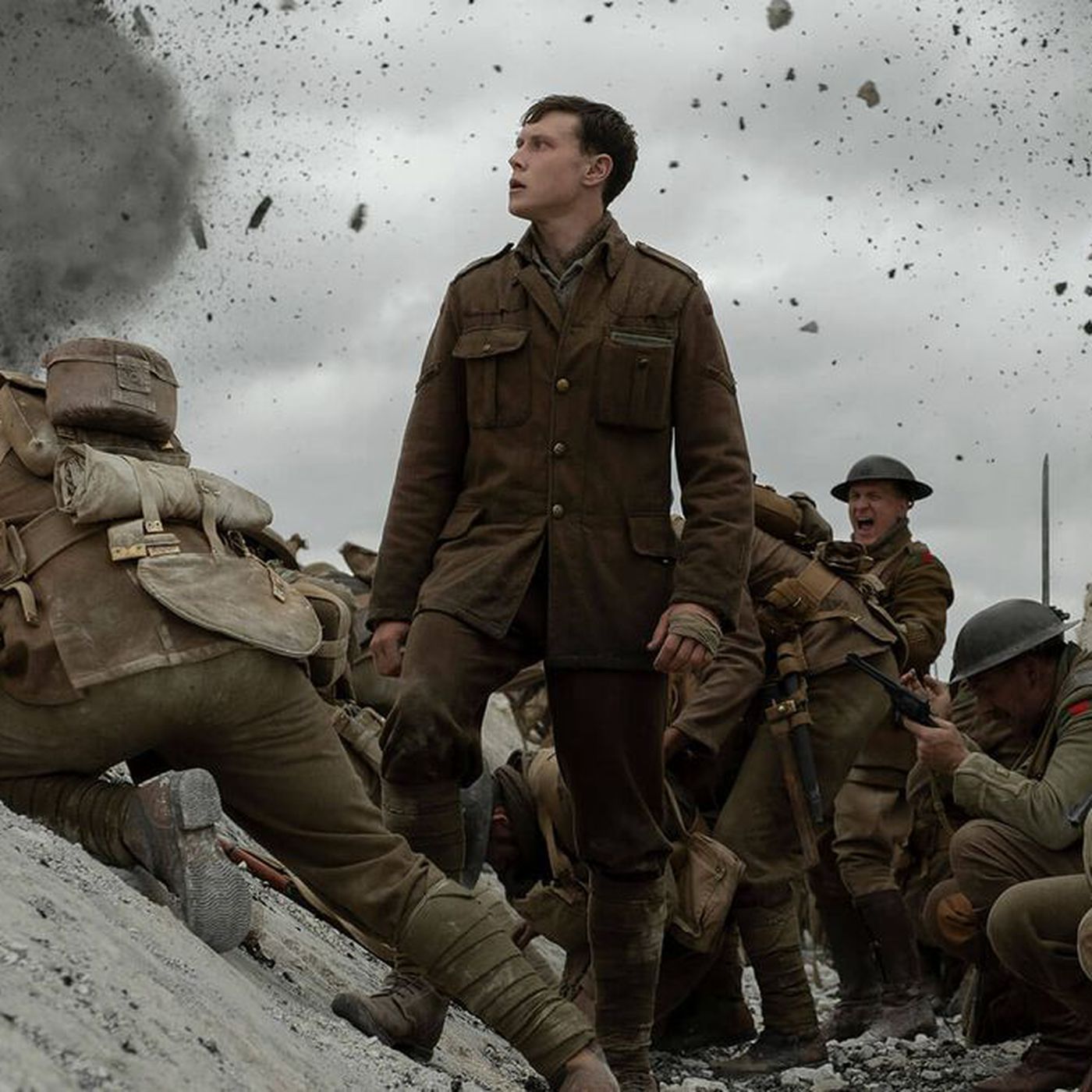 From director, Sam Mendes, comes an emotionally charged and exhilarating World War I drama that is brilliant and resilient. That film is 1917 and will hold audiences’ attention due to the action throughout this two-hour rollercoaster ride of darkness, danger, and many unexpected emotional events. The cinematography is breathtaking with realism that made me feel it was happening right in front of me. It is nominated for ten Academy Awards including Best Picture, Best Original Score, Best Director, Best Original Screenplay, and Best Cinematography. It deserves to win in all those categories, but it is not just the technology and the writing that make 1917 Oscar-worthy.  It is also remarkable because of the deep characterization acting by actor George Mackay throughout the film.

The film is geared on two British Soldiers, Lance Corporal Schofield and Lance Corporal Blake (played by George Mackay and Dean-Charles Chapman). They are given a task that puts them in danger. They need to deliver a message that is far into the enemy territory of the war. The two soldiers are told to find a way to stop an attack because it will put thousands of men into danger. And, if they keep attacking, they are walking into a deadly trap. Schofield is the one with most of the responsibilities as he gets further into the territory where the massacres are occurring. There are unexpected guns firing, soldiers hiding poised to attack, and hidden bombs waiting to explode. The film pans on one shot throughout most of the horrid journey that Schofield is embarking on.  Honestly, 1917 is just a beautiful film based on its continuity and I was more enticed in this war movie than I have been in one for years.

I found 1917’s intensity and emotional acting by Mackay to be the reason why the movie captures many award-winning elements. The acting is dramatic, the technology embraces the impactful moments, and the film does a fantastic job at showing what life was like back in the era where there was no technological support. What I mean is that the film shows how hard it was to heal wounds or to stabilize those suffering injuries. The movie also illustrates how soldiers navigated with maps and compasses and why that was confusing and often made matters worse. The element of showing that soldiers in those times had to think more logically to figure out strategies to solve a conflict made 1917 so intriguing. And we see Mackay going through those struggles, however he continues to be brave and persistent with the mission he has been assigned.

1917 is by far the best movie I have seen in years. It will make viewers jump with excitement, it will make them cry, and it will leave them wondering who will survive. This movie deserves to win the awards it is nominated for. I hope it wins many of them, because I was simply blown away by 1917. This unquestionably makes Sam Mendes’ mark for a film that is pure adrenaline. Four stars.