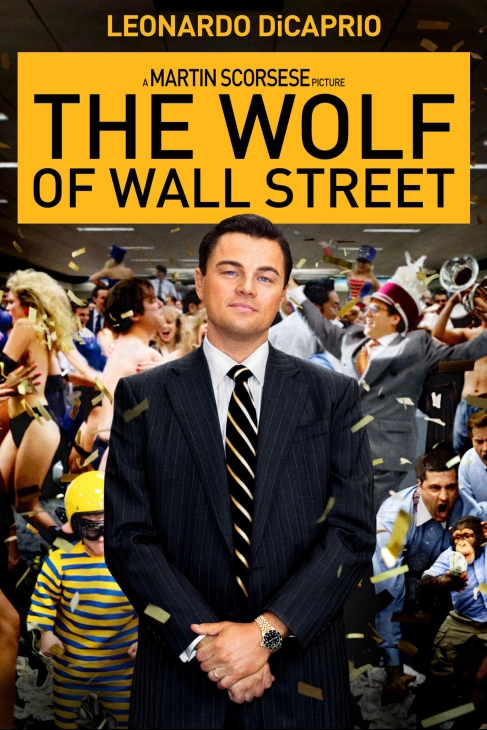 This Christmas may have had more adult movies than children’s movies, but Wolf of Wall Street was a lethal yet sensational masterpiece. The film is quirky, raunchy, mind-blowing, and you will not want it to end. Leonardo DiCaprio knocks his performance out of the ballpark.

Wolf of Wall street focuses on the true story of Jordan Belfort (DiCaprio). Belfort is man who starts his Wall Street business in an auto body shop. He rounds up his own team of brokers and works his way up to make a bunch of money. However, the money being so much money that he does not know what to do with it.

I have seen many films relating to Wall Street business. These films ranging from Wall Street and Wall Street Money Never Sleeps. In those films the strategies to buying and selling stocks made it look like a learn it yourself deal. Not in the Wolf of Wall Street. Belfort makes a script for his brokers and teaches them speaking and selling strategies to sell successfully. That was appealing because that just proves that the more stocks sold, the crazier the movie gets.

Focusing on DiCaprio, I thought that DiCaprio really went over his head in this film. All at once he plays a drug addict, an alcoholic, and one of the wealthiest stockbrokers. What appealed to me was how he can pull of this movie being an insanely mad character. It is not because he has experience, or because of his looks, but with working with Scorsese on numerous occasions, he chooses his roles carefully.

The length of Wolf of Wall Street was Three hours. I have heard from many different sources that the film could have ran for literally four hours. I asked myself what would the extra hour be? Tons of more drugs, sex, and mayhem. If that could have happened, I would have been all for it. Since I was laughing up a lung the entire time.

Wolf of Wall Street is however not a movie intended for children. It is very vulgar and can be quite off limits with how the film goes. But to whoever can handle the obscure content and vulgarity, it is a thrill ride that you will never forget. Four stars.